An OC Overview of the Motorcycle Intercom System

OCJanuary 27, 2020How To GuidesThe Road
OutdoorChief.com is a participant in the Amazon Services LLC Associates Program, an affiliate advertising program designed to provide a means for sites to earn advertising fees by advertising and linking to Amazon.com. As an Amazon Associate this site earns from qualifying purchases.

Recreational biking is an enjoyable event, and communication among riders plays a big role is enhancing the fun when riding as a group.

Even so, motorcycles use engines, mainly fuel-powered four-cycle engines, which produce lots of noise during operation.

When combined with the noise from all the moving and vibrating parts of the motorcycle, then the amount of noise generated during biking is loud enough to drown out most ambient noises.

This high decibel (dB) level makes person-to-person verbal communication difficult even when two bikers ride close to each other side-by-side. 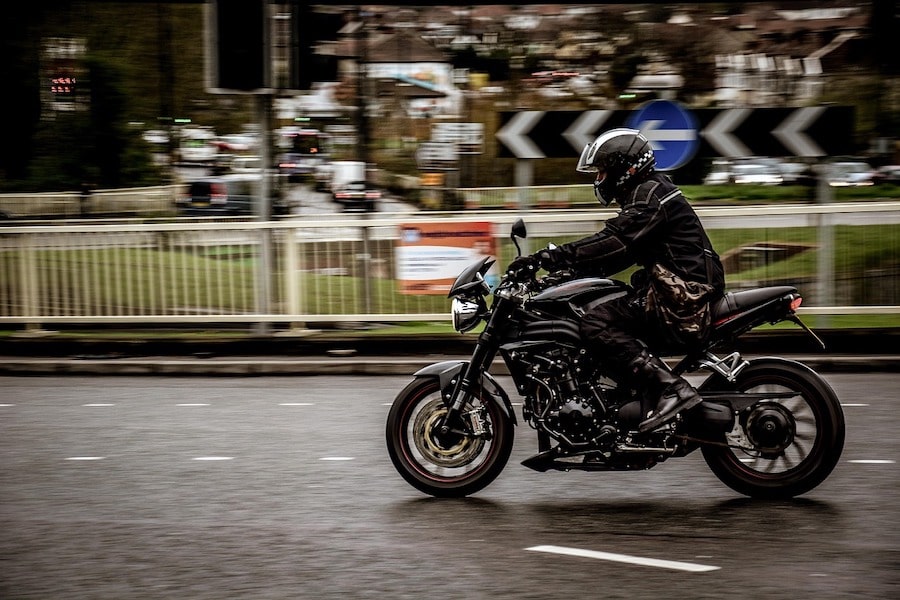 So how can bikers communicate during group biking, for instance, when requesting for stops to allow a co-biker to refuel or repair a motorbike?

As alluded to earlier, the noise produced by bikes when in operation limits peer-to-peer communication among co-bikers to non-verbal communication means, which were initially achieved using indicator lights, conventional hand signals, and sign language; as well as motorbike indicators.

As expected, these bikers were deprived of the pleasure of talking to each other, and were limited to riding as a tight pack so that each biker has a direct line of sight to the indicator lights and body motions of fellow co-bikers.

Fortunately, the technological leap of the late 1980s and early 1990s revolutionized electronic communication by introducing wireless communication technology that is portable, energy-efficient, and supports transmission of voice, data, and video signals through easily built base transmission stations.

Bluetooth technology was developed in 1989 to use short wavelength, ultra-high frequency radio waves within the narrow frequency band of 2.4-2.485Ghz to support short-range voice transmission; and hence it was initially designated as short-link radio technology.

As expected, Bluetooth could not be used to transmit radio signals but could support an intercom system provided the users are located in a small area that is within the Bluetooth signal range.

This area was initially described as the personal area network (PAN), which was later labelled as a wireless PAN (WPAN) so as to differentiate it from wired PAN which used fiber-optic cables or telephone transmission lines.

Technology gradually permeated every profession, and it was not long before professional sportspeople and biking enthusiasts adopted Bluetooth-based WPAN to support peer-to-peer voice communication among them when engaged in their favorite sports.

Later on, manufacturers of sports gear started to incorporate Bluetooth devices into sports gear such as riding helmets, control panels of sport automobiles, and dashboards of advanced motorbikes. 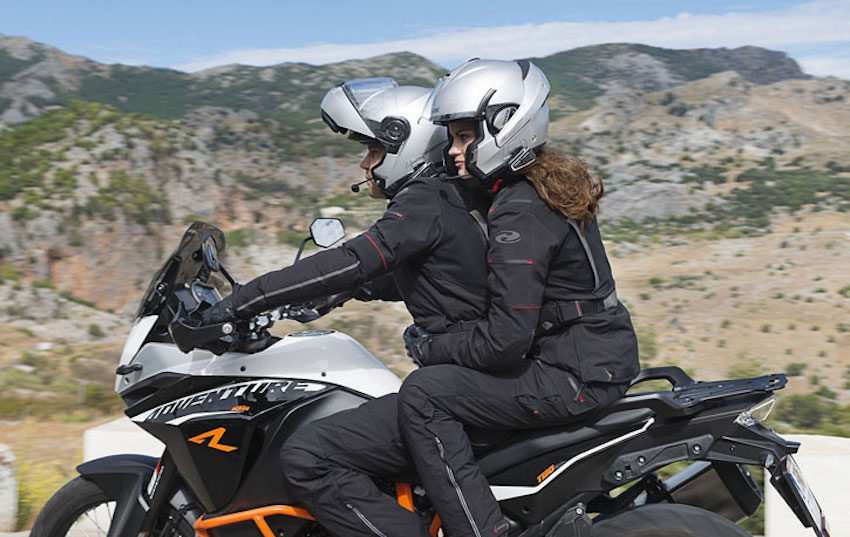 Intercom is a non-standardized word contraction of the term intercommunication device, and this is a standalone communication system that operates independently to support voice communication among two or more people.

Build-wise, the intercom is made up of more than one component with the main components in the motorcycle unit being the headset and power supply units.

The headset come with prebuilt Bluetooth communication capabilities, and this eliminates the need for a master station, slave stations, paging signals, and amplifiers which are found in permanent intercom systems.

Even so, the lack of a paging signal (audible alert that informs the headset user that someone wants to initiate a conversation or join an ongoing conversation) allows intruders (or eavesdroppers) to listen or converse without authorization, and this mandates bikers to observe good manners and exercise courtesy when talking to each other during rides.

Nonetheless, it leaves riders at risk of surveillance by unauthorized parties, but this threat can be mitigated by using Bluetooth systems that encrypt data packets when communicating with each other.

There are still some motorcycle intercoms that use frequency modulation (FM), and family radio service (FRS) or the closely related general mobile radio service (GMRS).

FM can produce crisp clear sound, but this is only possible if there are no obstructions on the path of the electromagnetic waves (EMW) which is impossible if riders are biking as a pack (as some riders can obstruct the communicating parties).

Additionally, FM uses public frequency that is difficult to encrypt and this leaves the pack open to eavesdropping by literally anyone who tunes into their frequency.

These 2 demerits of FM make it unsuitable for motorcycle intercom systems. FRS and GMRS uses FM with its frequency band range limited to ultra-high frequency (UHF) bandwidth to support 2-way communication, sometimes over large distances (which is not necessary for bikers as they ride as a pack).

As expected, use of FM in FRS and GMRS imparts them with the same weaknesses associated with FM communication.

The Bluetooth intercom system used by each rider is made up of the following parts:

Therefore, each Bluetooth headset has an earpiece, mic, and a Bluetooth unit that combines a Bluetooth module, receiver, and transmitter into an integrated unit.

The WPAN created by the riders is usually open which allows other riders who join their pack to talk with them.

Still, if they want to make their PAN a closed private network, then they can encrypt the PAN at the moment that they connect their Bluetooth headset to each other to form the network, but this process is usually a bit difficult and normally requires a computer device to manage the PAN network.

Even so, there exists a sentient problem – how does the rider filter out the loud noise produced by multiple bikes riding at high speeds at the same time, and be able to comfortably listen to the voice of another rider?

This is a problem that has vexed bikers and motorcycle intercom manufacturers, as well as spurred them to experiment with various noise management systems.

This all occurs while remaining out-of-phase to it so that when the two soundwaves (ambient noise and the generated noise) meet, they cancel each other out, and shield the rider from surrounding noises.

On the downside, the rider hears a hum in the headset as the soundwaves generated by the active noise control module is audible to the human ear.

However, in high-end headsets, the hum is reduced to whisper-quiet levels, while budget-grade or poor-quality headsets can generate a relatively discomforting humming noise.

This hum can be eliminated by using intelligent noise control technology which is nothing more than a refined and advanced form of NCT.

It can discriminate between ambient environmental sounds, such as that produced by wind, from mechanical sounds based on their frequency range, sound pressure level (SPL), and noise loudness (as measured in dB).

It then filters out loud obstructive noise while allowing soft and smoothened ambient noise to reach the rider.

Sena Technologies has pioneered this INC technology, and today remains the leading manufacturer of Smart Bluetooth Intercoms for motorcycle helmets.

These Sena Intercom system use up-to 4 microphones to detect ambient sound, and then transduces the soundwaves into signals that are sent to a smart controller that identifies which sound (based on [sound] source) to block.

Nonetheless, is it safe to use noise-cancellation technology when riding as a pack?

This question is informed by the fact that a noise-cancellation headset that is tightly rims around the external auditory meatus (EAM) of an ear, or tightly press against it can isolate the biker from surrounding environmental sounds which serve to alert him/her of what is going on around.

This elimination can make the ride unsafe as well as make the road unsafe for other users. It is also for this reason that a rider is advised to wear a noise-cancelling headset on one ear.

The alternative that provides better talking and listening experience is the noise-control technology which carefully filters sounds, and allows some ambient environmental noises to reach the ear of the rider and this alerts him/her of the happenings around him, for example, a dog barking in front of him.

Integrated, Modular, or Semi-Modular Systems – Which is the best system? 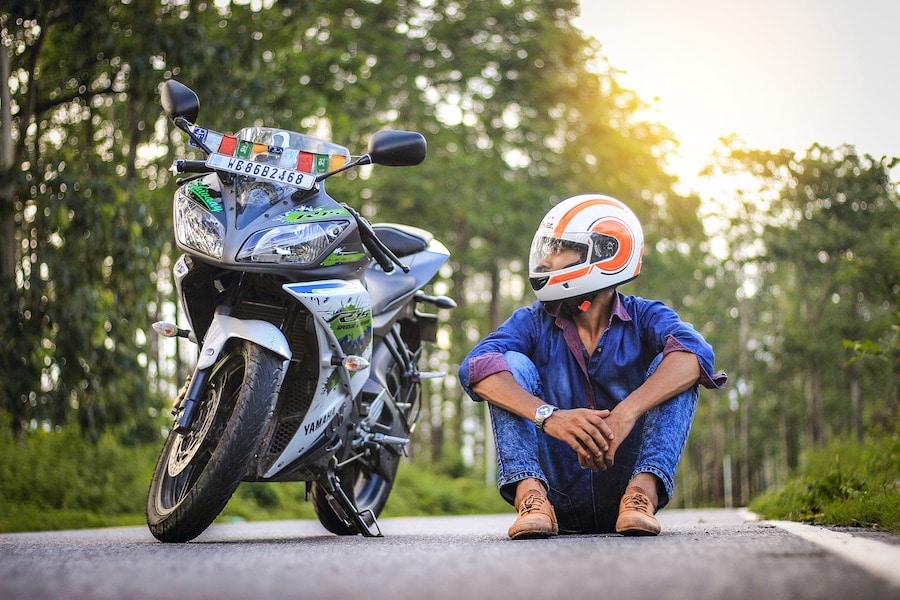 So, how are motorcycle intercoms built, packaged and configured to be used by the rider?

There are 3 common types of intercom systems:

The modular intercom unit can be disassembled to its 3 components parts – the Bluetooth unit, earpiece, and mic.

In the semi-modular model, the intercom unit consists of the Bluetooth unit that is integrated with either the earpiece or mic.

In the integrated system, the mic and earpiece share the same electronic circuitry, usually on the same circuit board, with the Bluetooth module, and this allows for full synchronization of their operations and functions, with transistors in the circuit board supporting the multifunctionality of the intercom system.

For motorcycle intercoms, it is important to understand these distinctions as it sheds light on an important fact – how the Bluetooth intercom system is designed to operate in a mobile WPAN while allowing each individual rider to retain privacy and control when using the headset to perform other functions, such as receiving phone calls or even listening to music.

Also, there is need to address an opportunity created by mass education and real-time global transfer of knowledge, and this is – can do-it-yourself (DIY) enthusiasts create their own motorcycle intercom system?

In the motorcycle intercom niche, most products are designed as fully-integrated models that are ready to be used off-the-shelf.

Though a fully-modular intercom design is ideal for DIY enthusiasts, this is not practical for motorcycle intercoms as they are built to take advantage of ongoing miniaturization of system-on-(circuit)board systems that can use nano-scale transistors to deliver full functionality at the smallest size possible.

Modular units require each component to be large enough to be moved around by fingers, and soldered together using standard soldering rods with millimeter-sized tips.

As expected, using an integrated intercom is a double-edged sword  – it provides full functionality to the user in a small compact unit, but should it get damaged, then repair is difficult.

One is left with the choice of either purchasing a new unit or returning the defective unit back to the manufacturer if it is covered with warranty.

This also highlights the importance of purchasing warranty-covered models, and these are usually high-quality products.

Semi-modular Bluetooth headsets are also available, but most are sold by Chinese Manufacturers who produce gadgets and electronic devices for the narrow enthusiast market.

Most come with the Bluetooth module permanently integrated into the circuit board which prevents DIY enthusiasts from changing the Bluetooth unit without causing irreversible modification of the product, and this limits how much modification or re-assembly can be done to it.

This is important as some DIY enthusiast would love to tweak the semi-modular Bluetooth headset so as to realize a motorcycle intercom that suits their needs and personal tastes.

For riders, use of integrated module headset offers multiple benefits as the manufacturers have tried their best to include all the critical communication technologies.

These include tracking modules (that support GPS[global positioning system] navigation), and accessorized technologies (including support for receiving and making phone calls via connected smartphones) that DIY enthusiasts have tried to incorporate into semi-modular headsets.

This shows how DIY inquisitiveness, advances in computer technology and chipset miniaturization have allowed for multiple functions to be integrated in a complex unified circuit.

There is an integrated intercom system that is popularly described as a Bluetooth helmet because its Bluetooth headset is built into the helmet scaffold.

This allows the headset to benefit from the hardened protective housing afforded by the helmet, and this results in a helmet with a Bluetooth headset, hence the designation Bluetooth helmet.

Additionally, earphones and microphones are built into the helmet scaffold, while Bluetooth controls are conveniently placed near the user.

This allows for compact builds to be made. Moreover, this compactness allows for creation of intuitive helmet designs which are not only aesthetically-pleasing, but also versatile, strong, and durable.