A Closer Look at the Lithium-ion Jump Starter

In our recent Lithium-ion Jump Starter review round up we took a look at some of the best products on the market, in order to help those looking for a great way to jump start their vehicle.

However, if you’re interested in finding out more on how these handy pieces of kit work, we thought we would delve a little bit deeper and bring you some in depth info.

So if you’re ready to get technical, let’s lift the lid and take a closer look at how the starter motor works, and why it is important to have a lithium-ion jump starter on standby.

You just never know when you might need it… 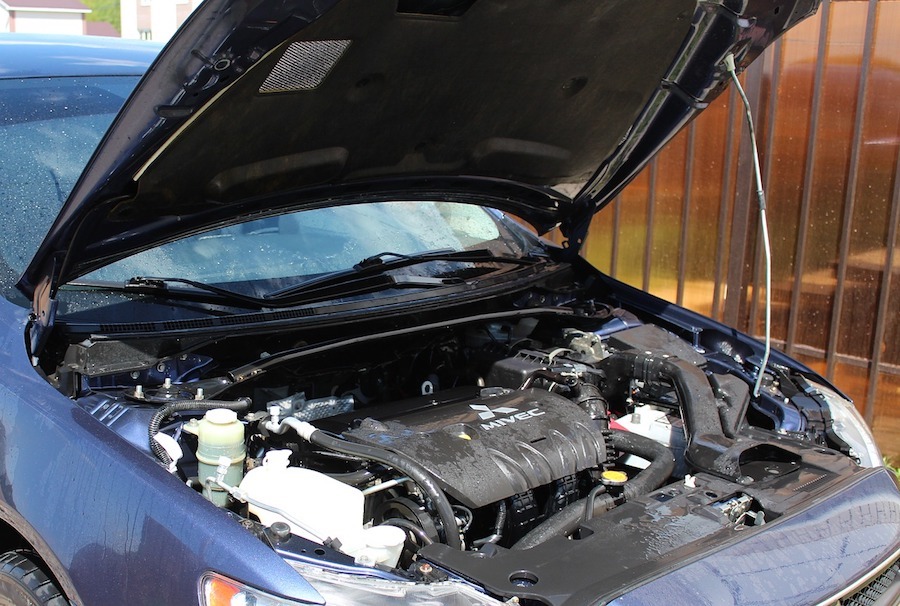 The modern world is heavily motorized with large numbers of cars entering the market each year. This large number of vehicles travel on the ever-increasing number of tarmacked roads in cities, towns, and neighborhoods.

Relatedly, one of the most inconvenient thing to happen to a driver traveling on any of these roads is for the car to suddenly stop due to a flat battery.

Not only does this make one late for his/her appointments; in extreme cases, it can lead to a traffic snarl-up if the car stops suddenly in the middle of a lane of a busy highway.

The engine shutdown could have been caused by a number of factors, though in most cases, the engine can still run (if there is enough fuel) for a few miles which allows one to reach a garage.

However, there is another problem that arises at this point; how to get the stalled engine to start running again? 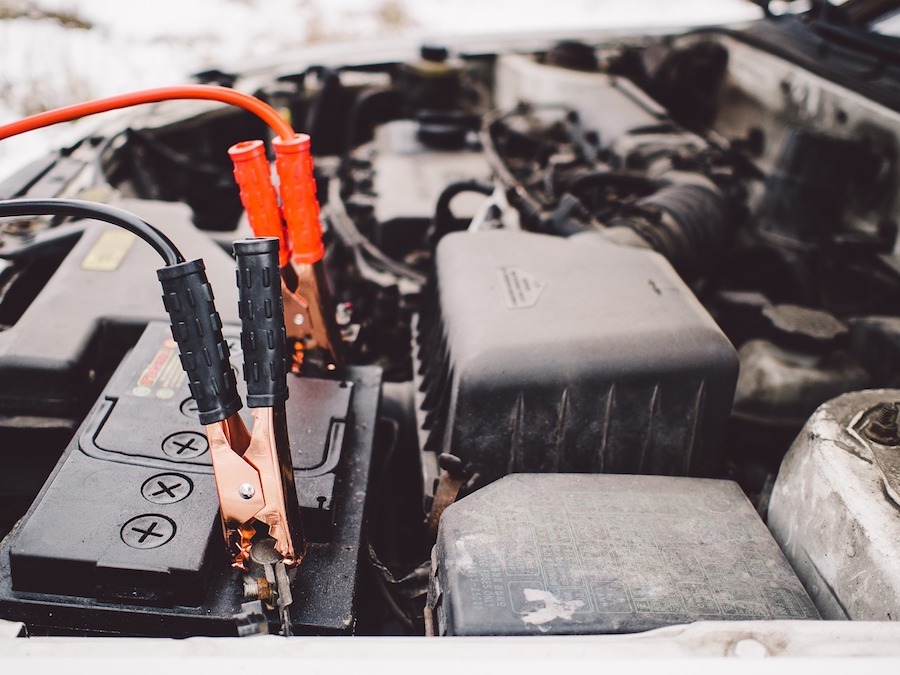 To start the engine, there are 3 requirements;

Electric power is needed to run a starter motor (also called cranking motor) which is meshed to the flywheel through a gear mechanism, and as a result, the rotating motor transfers its rotational motion to the crankshaft of the engine via the flywheel.

This crankshaft-flywheel assembly serves to convert rotational motion of the starter motor into reciprocating motion of pistons inside the engine cylinders.

Evidently, this indicates that starter motors are used to crank internal combustions engines, which by inference means that the source of electrical energy, which is the starter battery, allows the engine to start.

Even so, how does this occur?

An internal combustion (IC) engine is made up of several combustion chambers (usually called cylinders) that are linked together at the top by the valve train – which is usually a camshaft in petrol engines – and a crankshaft at the bottom, with the crankshaft rotating at twice the speed of the camshaft.

In each cylinder, there is a piston which moves up and down, and a connecting rod that links this piston to the crankshaft.

This piston serves to compress air-fuel mixture inside the cylinder so that it can be ignited by the spark from the spark-plug (in gasoline engines) or by the high temperature generated by the pressurization of gases (in the cylinder).

The number of cylinders in the engine are always a multiple of 4 – which means that the minimum number is 4 cylinders.

The reason for this is that power is generated when the piston completes 4 strokes. A stroke is the complete vertical (top-to-bottom, or bottom-to-top) motion of the piston inside the cylinder.

The 4 strokes are the intake, compression, combustion, and exhaust strokes. For this reason, such as engine is called a four-stroke IC engine. So, what happens when a vehicle is started?

Basically, the solenoid ensures that the starter motor rotates, and that this rotation motion is transferred to the flywheel.

Now, let us relate the crankshaft rotary motion to the stroke cycles, and in this case, only a single cylinder is considered.

Let us consider the intake (or induction) stroke, which occurs when the crankshaft rotates and pulls the piston head down to the lowest position possible which is called the bottom dead center (BDC).

As this occurs, the inlet/intake valve is opened and the vacuum created by the downward motion of the piston head causes the air-fuel mixture to rush into the combustion chamber and fill it.

The crankshaft continues turning and this time it starts to lift the piston head from the BDC to the highest position available called the top dead center (TDC), and during this process the air-fuel mixture is compressed to fit into the space between the TDC and the cylinder head. This is the compression stroke.

Vehicles are functionally designed to ensure that when the piston head at its TDC after it has completely compressed the air-fuel mixture, a spark is produced by the spark plug; or in diesel engines, aerosolized fuel is injected into the combustion chamber where it is ignited by the heated pressurized air.

For the spark to be produced, electric current needs to flow from the battery to the spark plug.

This spark ignited the pressurized air-fuel mixture, and the resulting explosion pushes the piston head downwards to its BDC with such a great force that can cause the crankshaft to now turn the heavier flywheel so as to drive the wheels via the transmission system.

This is the power stroke, and it marks the start of engine operation, which also causes the ring gear of the flywheel to be disengaged from the drive pinion.

When the piston reaches its BDC, the great force of the power stroke would have given the crankshaft considerable inertia that allows it to push the piston back upwards to its TDC, and during this process, the exhaust valve is open so that burnt gases can be pushed out of the cylinder. This marks the exhaust stroke.

The starter battery in the vehicle serves 2 functions in gasoline engines; to provide power to the starter motor so that it can crank the engine through the intake stroke to the power stroke, as well as provide current to the spark plug.

In other words, no two adjacent cylinders can be at the combustion stroke simultaneously. The reason for this is that the crankshaft needs to have enough inertia whenever an engine is running so as to push a piston through its compression stroke.

To simplify this, in a 4-cylinder engine; when the first cylinder is at the intake stroke, then the second cylinder can be at compression stroke, the third cylinder at power stroke, and the fourth at exhaust stroke; and this allows the third cylinder to provide enough power to the crankshaft to not only run the flywheel, but also push the pistons through the compression and exhaust strokes in the second and fourth cylinders.

Electrochemistry – inside the lithium ion battery

Lithium is the lightest solid element known, and this allows it to be used to construct lightweight metallic materials.

Even so, it has a valence of 1 which makes it highly reactive, and it can quickly explode into flames when exposed to oxygen, and for this reason, it needs to be stored in enclosed air-tight casing.

Likewise, this serves to prevent moist air or moisture from contacting the element as this always results in rapid corrosion with the formation of a tarnished non-conductive black layer.

It is for this reason that lithium is compounded with another metal element or a radical to form an electrode. Moreover, the lithium compound needs to be intercalated so that it can donate  a positively lithium ion (the cation) to the negative electrode during cell charging.

Large jump start LiB can best be described as battery packs as they feature a large collection of neatly assembled cells. Sometimes, each neatly arranged assembly of cells is described as a module, and the multiple modules in the LiB form the battery pack.

Expectedly, the higher the number of cells, the more electrical charge the battery can store or discharge.

These lithium-metal oxide compound electrodes are the anode, while the cathode is made from graphite-lithium complex.

These batteries entered the market in 2013, and to date have experienced different levels of success in terms of market penetration.

This information includes the following:

At the negative electrode:

At the positive electrode:

Therefore, the full discharge reaction is:

Further charging causes the CoO2 to decompose into CoO and a highly reactive oxygen radical which combines with the lithium cation to form the relatively stable compound Lithium Oxide, which serves sequester lithium ions hence reducing the number of lithium ions available for charge storage, hence reducing the overall charge capacity of the battery.

As opposite charges attract, the electrons want to reach the anode but this is impossible because the high-resistance of the electrolyte prevents this cathode-to-anode electron movement.

Consequently, the electrons are left to use the low resistance circuit established by the cables that connect the battery to the electrical load (a car battery or starter motor).

This movement of electrons is called the flow of electric current.

During recharge, the reverse process occurs as current flows into the LiB through the LiCoO2 electrode to yield:

while it exits through the graphite-lithium electrode to yield:

and consequently, the full recharge reaction is:

The electrolyte used in LiBs are lithium salts dissolved in aqueous organic solvents such as the high-conductivity dimethyl carbonate and ethylene carbonate solvents.

And there you have it. We hoped you like our in depth take on car engines, batteries and how and why you should use a Lithium ion jump starter.

If you are in the market for buying one of these handy tools, head over to our recent top 5 review round up to find out more.